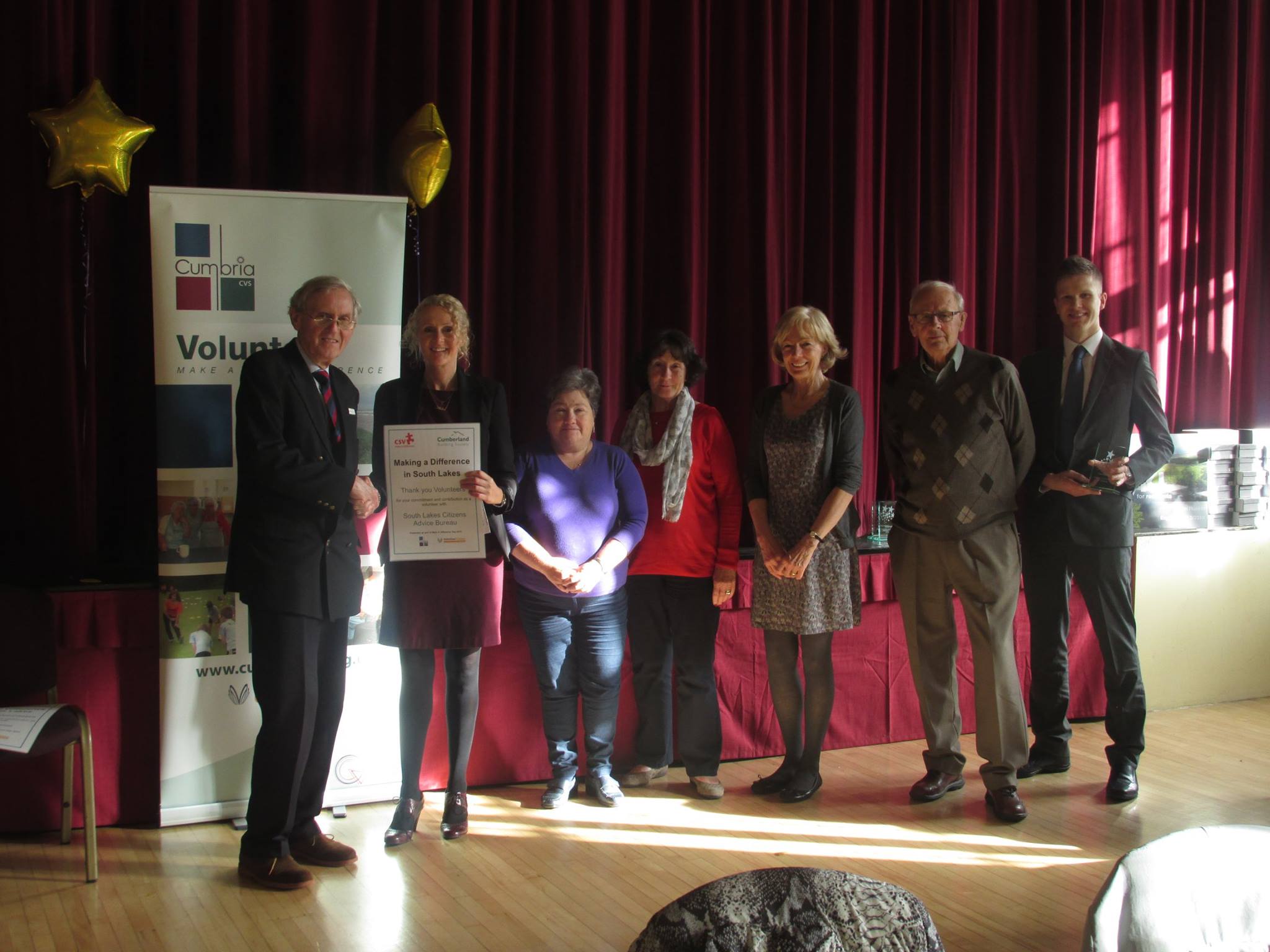 South Lakes Citizens Advice was invited to a celebratory event organised by CVS as part of its Make a Difference Day 2015, to recognise and thank local volunteers for their valuable contribution to local communities. Four volunteers were selected to attend via a democratic process of drawing names out of a hat! Gordon Jones, Jill Postlethwaite, Barbara McQuarrie and Fiona Armer attended alongside Helen Edmonds on Thursday 22 October from 1.30-3.00pm at Kendal Town Hall.

It was a very interesting afternoon with volunteers fro m a wide range of South Lakeland organisations receiving awards.  Each group of volunteers received a glass trophy (funded by the Cumberland Building Society) and a group ‘Thank You’ certificate.

During our own presentation, we noted that the four volunteers present had clocked up 58 years’ worth of volunteering between them – that was worth a round of applause on its own! Later we enjoyed tea and cakes provided by Kendal College catering department.

As Fiona Armer commented: ‘The afternoon was well planned and organised and gave a good insight into the activities of other charities.’

We would like to say thank you to all South Lakes Citizens Advice volunteers for the hard work and dedication you bring to your role. We could not operate without you.